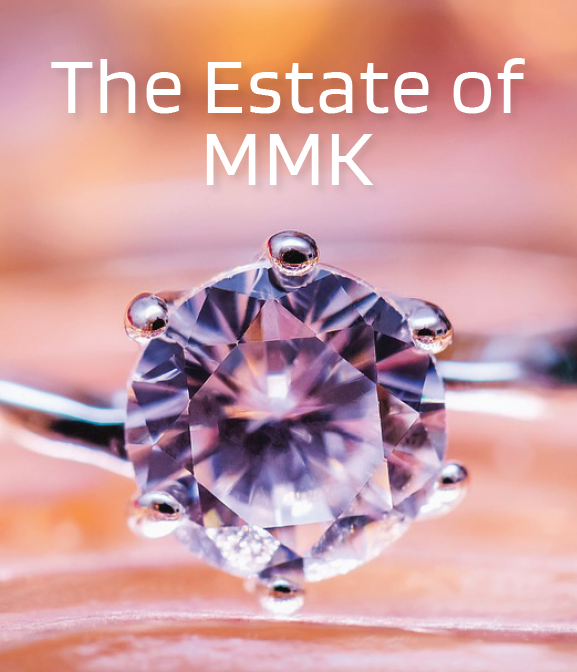 The Beginning of a 4-Year Long Legal Case

In one of the more prominent cases we’ve had in recent years, the Estate of MMK case ended after a long-drawn-out 4 years of legal proceedings. It began in January 2015, when the Deceased passed away after a 2-year battle with cancer. She named her best friend as her sole executrix in her last Will, signed in 2013. After her passing, her best friend, who did not reside in Singapore and without experience in administering estates, appointed PreceptsGroup to take over her role.

How The Will Dispute Started

Before filing for the Grant of Probate, PreceptsGroup made a surprising discovery – a “Mr. K” claiming to be the next of kin of the Deceased (he was not named as a beneficiary in the last Will of the Deceased), had applied for the Grant of Letters of Administration. This was done on the basis that the deceased had died intestate and that he was the sole beneficiary under Singapore’s Intestate Succession Act.

The Immediate Action Taken by PreceptsGroup

With the original last Will in hand, PreceptsGroup immediately filed for a Probate Caveat* to arrest the situation, preventing Mr. K from proceeding. If this had been delayed, Mr. K would have ended up taking over the entire estate.

A Questionable Revocation Document Was Produced

PreceptsGroup requested for Mr. K to withdraw his application. However, after 6 months of communication between solicitors from both sides, Mr. K sprang a surprise. In an unexpected turn of events, Mr. K produced a document, claiming that the Deceased had signed it 6 days before her demise, to revoke all her earlier Wills.

This newly produced revocation document was not an updated Will by the Deceased, but a one-liner to revoke all her earlier Wills. If it was valid, her last Will signed in 2013 would have been revoked and her entire estate transferred to Mr. K.

It was highly suspicious that the revocation document was produced only after 6 months. There was no logical reason as to why the Deceased would have signed it before her demise. She had lived through a continuously acrimonious relationship with Mr. K. To add to our doubt, the only witnesses present during the signing of the document were those related to Mr. K.

Handwriting Experts Were Brought In

With a genuine desire to protect and preserve the interests of beneficiaries named in the Last Will of the Deceased, PreceptsGroup commenced a legal proceeding against Mr. K for all the relevant issues to be tried in court. The revocation document was sent to a handwriting expert for examination, together with specimen signatures of the Deceased, which took 2 years to gather from her ex-employer, insurance companies, banks, court, and other authorities. 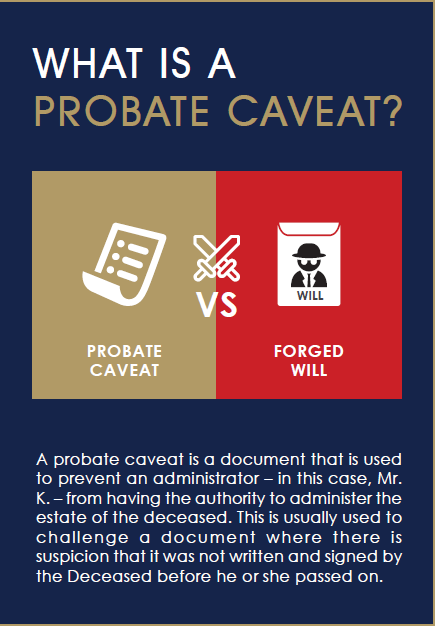 A Long-Awaited Victory for PreceptsGroup

The legal proceedings went on for another 2 years and in 2019, everything was eventually settled. After receiving favorable results from the handwriting expert, the other party agreed for PreceptsGroup to carry out the wishes of the Deceased stated in the Will.

What could have been a simple estate matter turned into a complicated one. Many do not expect to face onerous responsibilities when taking on an executor’s role. In reality, the challenges can be massive in some cases. If the best friend of the Deceased handled this case without passing it on to PreceptsGroup, abandonment of the case is almost guaranteed when stress levels and legal fees surge. This would have resulted in all the beneficiaries named in the Will being disinherited by the revocation document produced by Mr. K. It is, therefore, advisable to appoint a suitable person to be the executor of your Will

This article is first published on our newsletter, The Custodian Issue 12 on September, 2019. Click here to subscribe to our latest newsletter.