Allow me to give a brief account on how the estate planning industry has evolved in this region. We started as a pioneer in bringing estate planning to the masses in 1995. Hitherto, estate planning was the domain of family offices, trust companies and private bankers catering to the elite and privileged, and their modus operandi have not changed much over time. The middle class and mass affluent were largely unaware or had little means of sourcing inexpensive estate planning services from the providers.

What struck me then was that the financial industry that houses hundreds of thousands of employees and handles trillions in asset value for people while they are alive was doing very little about the transition to the other side. The planning and management of wealth transfer from the departed to the living heirs was pretty much left to an eclectic mix of people, some professional, some not so – an estate planning industry that was highly fragmented and not well organised. This revelation conjures up immense possibilities for the industry when properly organised.

The model that we created was a network of franchisees who market to the populace and take instructions based on standard operating procedures (the distributor) along with a centralised office of legally trained personnel for vetting for quality and uniform presentation (the manufacturer). Getting this to fruition required a significant amount of capital and holding power as well as a lot of public education.

This was somewhat of a unique model in the world. Outside Malaysia and Singapore (and on a limited scale, in India and China), all other modes of providing estate planning services to the retail market on a large scale were either online self- service or through a loose alliance of like-minded estate planners. While these modes could be efficient, they were at best offering products in a limited way to the mass market, without fulfilling needs of clientele holistically (for objectives that are met by a trust set-up for example).

The launch of this model caused consternation among quite a few lawyers, not all but some were openly hostile. Many took the position that we were upstarts trying to encroach into the traditional domain of the legal profession. However, it can be seen that practitioners, left to their own device, would not have the inclination to invest in a non-core service for the long term in development of people, systems and infrastructure that could reach the masses in an efficient and cost-effective manner.

It was also very hard during the formation years to broach the subject of death. We believed that this fledgling industry would develop along a trajectory similar to that of life insurance, which is slow growth with consumer reluctance to planning for death, followed by growth from gradual acceptance and then, increasing growth due to life insurance being regarded as essential by most.

So, despite the brickbats thrown at us and consumer resistance, we persevered, with a lot of capital funding for losses, until past breakeven. Many do not realise this but the gestation period to reach breakeven can take several years. This is because investment in various systems such as custody tracking, resource training and building a distribution network can be very expensive without economies of scale. Until critical mass is reached, operations will be loss-making.

For the first decade, it was mostly red ink and a lot of shareholder support was called for. In the next decade, more players started to come into the industry, principally bank-owned trust companies. The attraction for them was to tap into their extensive customer base either through their branch network and/ or through their insurance/ mutual fund agency network. While backed by deep pockets, by and large, these attempts have failed to gain traction, beyond some limited success with online Will purchases, because of various factors. For one, when template Wills are given free to premium customers, it is not generally seen as of value. Secondly, provision of personalised estate planning services requires face-to-face interaction to answer questions and clear doubts on issues that bother clients. Thirdly, use of networks that are accustomed to selling off-the-shelf products, for sale of customised products, is problematic. It detracts from focus on sale of prime banking products. And finally, perhaps the biggest impediment to success, is the lack of understanding in managing a network of agents, who are essentially self- driven entrepreneurs, which requires a very different mindset from the control and compliance-centric mindset of bankers.

Coming into the third decade, we have seen a sharp increase in the entry of non-bank players. Especially after the pandemic set in, financial planners, agents and even entrepreneurs were hungry to look for new sources of income and the market after two decades of development looked sufficiently attractive for growth, with a seemingly low entry barrier. Writing a Will for others requires very little capital beyond computers and a website set-up. However, many do not understand what it takes to get this business up to scale which as mentioned earlier, requires heavy investment and economies of scale. For mass market penetration, merely being a manufacturer is not going to cut it without building a distribution network.

And so, many of the new entry players resorted to price undercutting to gain market share. This is a futile exercise because any price cut that wipes out profit margin (which is not particularly rich in this industry and non-existent for many newbies) means the more sales are made, the higher the loss. This loss is exacerbated by the continued entrance of me-too players who adopt the price cutting strategy. Thus, like flying ants flocking to the light and dropping off, many of the new players get attracted to the industry, have limited capital and recede after two/ three years. What has been achieved in all this is the filtering of customers who demand cheap pricing irrespective of all else and those who choose value of service; and this is good for established players.

So where is the industry heading? My belief is that those who are in the business for the long term will thrive if they differentiate from the rest by investing in the raising of quality of service and efficiency in delivery. This market segment is the one that sustains a reasonable profit margin, is still largely untapped and will continue to grow strongly well into the future. 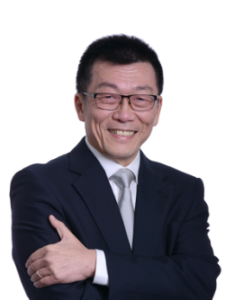